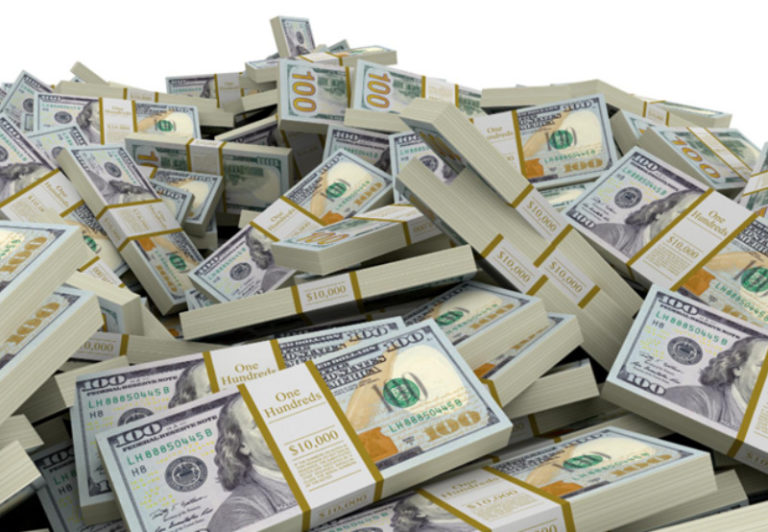 “India is a fascinating market for renewable energy. Our investment in GGEF will consolidate CDC’s role in India as a staunch supporter of the country’s low carbon future,” said Srini Nagarajan, Managing Director and Head of Asia, CDC Group.

GGEF will use the investment to finance the development of ‘green infrastructure’ companies in India. GGEF claims it is different from many funds in that it adopts a ‘platform model.’ This means that the fund sets up a company from scratch in a sector of interest and then grows the platform by acquiring other companies in the sector.

According to GGEF, the platform can achieve operational efficiencies and scale by consolidating many smaller companies with similar business models under one roof. This business model is key to improving profitability and building a company of sufficient size to attract a buyer. The environmental, social, and (corporate) governance (ESG) standards of investees will also be brought to a common standard across the platform.

Dhanpal Jhaveri, Chief Executive, Eversource Capital and Vice President, Everstone Group, said, “We are committed to bringing positive climate impact by catalyzing capital for and investing in high growth platforms and businesses. These businesses will contribute to the Indian government’s ambitious climate goals and renewable energy targets. We want to thank CDC for reposing their trust in us. Their fund commitment to our Green Growth Equity Fund is a testament of the hard work put in and the results achieved by the EverSource team in a short time.”

Last month, the CDC announced its ambition to invest up to $1 billion in climate funding to India over the next five years. This commitment will fund climate mitigation projects and businesses and enhance national efforts to align with the Paris Agreement. Over the past four years, CDC has invested more than $1 billion in climate finance across Africa and South Asia. CDC already has a $2 billion portfolio in the country.

CDC has invested in Bengaluru-based Ayana Renewable Power, which was launched in January 2018. It had initially committed to invest $100 million into the company. In December 2020, the CDC announced equity funding of $70 million (~₹5.1 billion) in Ayana. 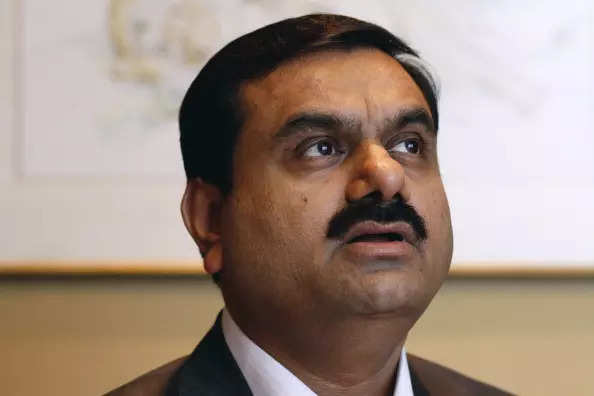 New Delhi: Billionaire Gautam Adani today said his company would invest between $50 billion and $70 bn in green energy business over the next decade. “over the next decade, the Adani portfolio companies in the energy and utility business will invest over $20 billion in renewable energy generation and the overall organic and inorganic investments across the entire green energy value chain will range between $50 billion and $70 billion,” Adani said. He was speaking to business leaders on the side-lines of the UK’s Global Investment Summit at the London Science Museum. The summit, organized by the UK Govt, featured Prime Minister Boris Johnson, members of the royal family, British MPs, technologists and global investors.

Adani said 70 per cent of the group’s planned capex until 2030 will be in sustainable technologies, including investments with potential partners for electrolyzer manufacturing, backward integrations for component manufacturing to secure the supply chain for the solar and wind generation businesses, and AI-based utility and industrial cloud platforms.”When combined with India’s cost and locational advantages, this will enable Adani to produce the world’s least expensive green electron and be on track to become the world’s largest renewable power portfolio by 2030,” the Chairman of the Ahmedabad-based conglomerate said.He said this will lay the foundation for Adani to become one of the largest green hydrogen producers in the world and, in turn, will make India the producer of the world’s cheapest hydrogen.”Adani Green Energy will triple its renewable power generation capacity over the next four years – a scale and speed unmatched by any company in the world. AGEL is also consolidating its position as the world’s largest solar power developer, having achieved its initial target of 25 GW four years ahead of schedule,” Adani said.Referring to the growing clamor for India to announce net zero targets for its economy, Adani said a net zero number unaligned with a nation’s development agenda may end up creating greater disequilibrium across the global sustainability initiatives. 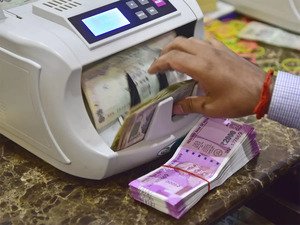 Larsen & Toubro Ltd (L&T) will be investing up to Rs 5,000 crore to implement and adopt green energy into its manufacturing and construction sites to achieve carbon and water neutrality targets by 2035-2040.

“We have now set out a path of implementing these ESG initiatives in some of our project sites and manufacturing locations….This could be anywhere between Rs 1,000 and Rs -5,000 crore of transitionary investments we might have to do as a group to achieve 2035-2040 goals that we have set for ourselves,” said the company’s chief financial officer, Shankar Raman.

Raman added the company is trying to scope the programme for respective locations and that these investments will have a natural payback.

“Less resources will be consumed for generating the same output. So we do believe it could be on a self-financing model,” Raman said.

The company is in the process of developing a sustainability roadmap for FY22 to FY26 aligned with its ‘Lakshya 2026’ targets. In terms of reduction of Co2 the company has set a target to increase the usage of renewable power by 50% by FY26 and 100% by 2035 in its operations.

“Renewable power across campuses and sites will be increased by 50% by 2026 and essentially solar will be the main source of achieving this,” said Subramanian Sarma, Whole-time Director, L&T.

L&T said that during the financial year 20-21, it handled 834 projects across the world, achieved 373,964 tonnes of factory output from its manufacturing businesses. The company’s green businesses portfolio stood at Rs. 27,700 crore.

The company is also adopting Electric Vehicles on their campuses and is looking to replace all its IC (Internal Combustion Engine) vehicles with EV vehicles.

“The predominantly focus on Scope 1, which is our vehicles where we see the opportunity…The first phase will be to minimize the use of IC vehicles and then slowly move into EV vehicles relatively,” said Sarma.

New Delhi: Billionaire Gautam Adani on Monday said his infrastructure conglomerate will invest between USD 50-70 billion in organic and inorganic growth opportunities across the entire energy value chain over the next decade. Speaking at an industry event, he said the port-to-energy group will invest over USD 20 billion in renewable energy generation alone.

“Over the next decade, we will invest over USD 20 billion in renewable energy generation. Our overall organic and inorganic investments across the entire green energy value chain will range between USD 50 billion and 70 billion,” he said.

This will include investments with potential partners for electrolyzer manufacturing, backward integrations to secure the supply chain for our solar and wind generation businesses, and AI-based industrial cloud platforms.

He however did not give details of the areas where the investment will be made.

“Adani Group is not sitting still. We are tripling our solar power generation capacity over the next four years. This is a rate of growth currently unmatched by any other company anywhere on the planet,” he said.

Stating that the group’s renewables portfolio has reached the initial target of 25GW a full four years ahead of schedule, he said the conglomerate already is the world’s largest solar power player.

“This puts us well on track to be the world’s largest renewable power generating company by 2030,” he said. Adani said last year he had seen India becoming a USD 28 trillion economy over the next three decades.

By 2050, India’s per capita income will expand from about one-thirtieth of that of the US to one-third of the US.

“I fundamentally believe the Indian economy is still to hit its inflexion point of decades of double-digit growth. Therefore, I now think I may have understated my 2050 GDP projection of USD 28 trillion,” he said.

He said the global effort to combat climate change will result in the creation of opportunities equal to trillions of dollars of investments.

Of all these technologies, today, solar is the fastest-growing source of power.

“I would even go as far as to state that the revolution in alternative energy technologies throws opens the possibility that someday India can become a net green energy exporter,” he said adding hydrogen and its derivatives can replace a significant amount of India’s imports of crude oil, natural gas, and coal. 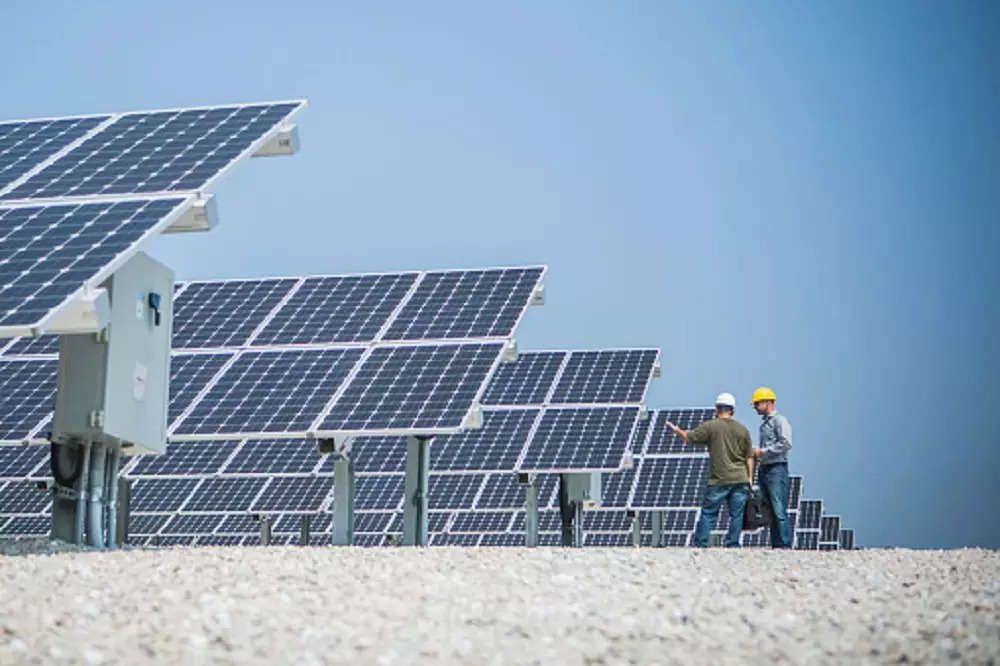 New Delhi: Adani Green Energy (AGEL) on Monday said it has completed the acquisition of SB Energy India in an all-cash deal for which definitive agreements were signed on 18 May 2021.

With this deal, SB Energy India is now a 100 per cent subsidiary of AGEL. Earlier, it was a 80:20 joint venture between Japan-based SoftBank Group and Bharti Group.

“The acquired portfolio comprises 100 per cent sovereign rated counterparties. Average tariff for the portfolio is Rs. 2.75 per unit,” according to the company press release.

It added that the transaction pegs SB Energy India at an enterprise valuation of about Rs 26,000 crore and marks the largest acquisition in the renewable energy sector in India.

“The addition of these high-quality large utility-scale assets from SB Energy India demonstrates AGEL’s intent to accelerate India’s efforts to transition towards a carbon neutral future. Our renewable energy foundations will enable an entire ecosystem of new industries that can be expected to catalyse job creation in multiple sectors,” said Vneet S Jaain, managing director and chief executive officer, AGEL. 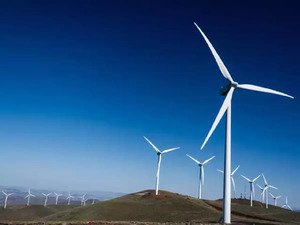 Tyre maker Ceat Ltd on Monday said that it has invested Rs 60 lakh in a renewable energy unit that harnesses wind energy to source electricity for its two plants in Maharashtra.

The renewable energy unit will supply 5 MW of electricity on a captive basis to Ceat plants in Bhandup and Nashik. This will complement the solar energy plants that the tyre maker already has in place for both Bhandup and Nashik.

The wind-sourced electricity will be provided by Cleanwin Energy Five, a special purpose vehicle with the sole business of generating renewable power. It owns, operates and maintains a captive wind power generating plant in Maharashtra. Ceat signed a limited liability partnership (LLP) agreement with Yellowstone Clean Energy LLP to invest up to Rs 60 lakh in Cleanwin for a 26% stake in the latter.

Corporates around the world have been increasingly working on reducing their carbon footprint led by both investor and government scrutiny. Reducing their emissions also helps them improve their ESG (environment, social and governance) score, which is increasingly becoming a key metric for some of the largest investors in the world.