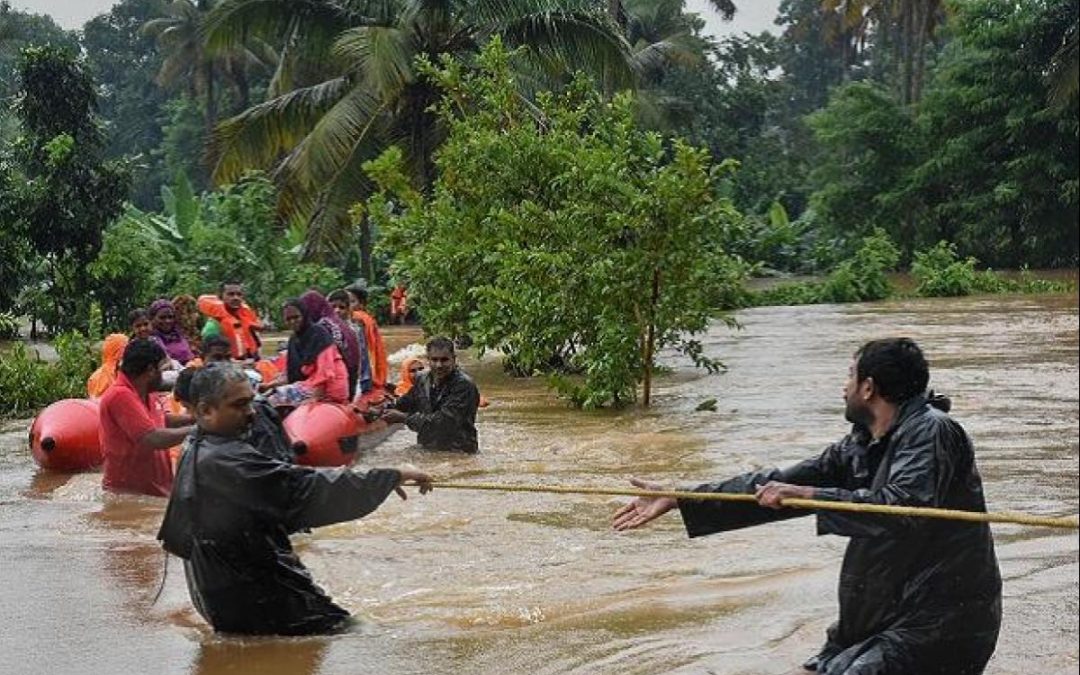 The damage created by the August 2018 floods to the fragile ecosystem of the state of Kerala, is by now, a well-known fact.

One of the major rivers to be ravaged by the floods was the Pampa river, the third longest river in Kerala, originating from Pulichimala in the Western Ghats (one of the key biodiversity hotspots in the world), affecting major wetland areas like Varalchal, a key source of productive activities and drinking water for the marginalised and low-income households of about 2000-odd residents living in the surrounding village of Koipuram in Pathanamthitta district.

Given this scenario, WISE found it pertinent and necessary to support adaptation activities in the Varalchal region, aimed at restoring the livelihoods of the vulnerable and marginalised sections of the society and making the wetland and its people more resilient to such disasters in the future. The said endeavour commenced in 2019 and is duly supported by Ford Foundation.

In the year under review, a baseline, door-to-door survey to study and understand the socio-economic development and disaster preparedness of the community was carried out. Around 568 households were surveyed and the findings were interpreted.

In addition, a comprehensive field survey was also done to assess and analyse the water resources present, landforms and land use, and explore linkages with the river and canal systems of the Pampa Valley Irrigation Scheme, with the objective of improving disaster preparedness and disaster management.

With a view to empowering women in the community, one-on-one/group interviews with them and secondary data collection were carried out by the WISE project team and a well-known gender expert.

The findings of the socio-economic survey, water and land use survey and gender survey will be compiled, analysed and published into reports, the initial work for which commenced during this year.

The reports are expected to provide immense benefits to the local communities, enabling them to follow sustainable water management practices and enable gender empowerment, and overall, be prepared to handle/adapt to future disasters with the aid of climate resilient disaster management techniques.

Cleaning of the wetland, a major activity related to livelihood restoration was completed during this period with the support of the local community.

The wetland was in extremely bad condition post the 2018-19 floods and was filled with ‘Cabomba weeds’ (that cause severe water degradation which in turn destroy the fauna and flora), and other debris.

In addition, a temporary check dam was built across the outlet of the wetland to aid water and soil conservation. This was done using coconut trunk poles and sandbags. This has helped enhance the water table in the wetland to a great extent.

The project is currently ongoing. 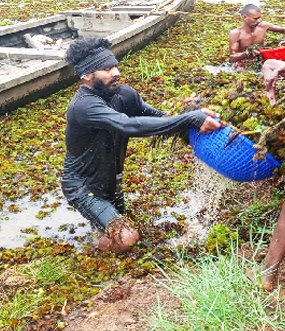 Manual removal of the stubborn weeds and debris. 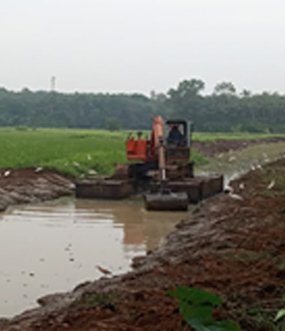 Before cleaning the Varalchal wetland: The Cabomba weeds. 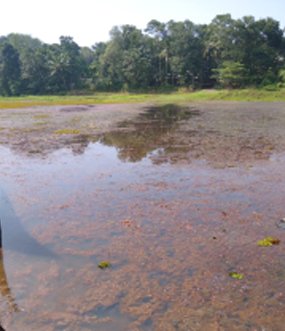