A NEW ROLE FOR COAL IN INDIA’S ELECTRICITY SECTOR 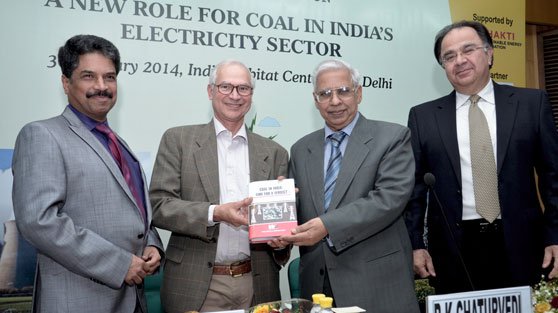 A high-level one-day conference titled ‘A New Role for Coal in India’s Electricity Sector’ was organised by WISE in January 2014 in New Delhi. The conference was based on a research report brought out by WISE titled ‘Future of Coal Electricity in India and Sustainable Alternatives’. This report is the first-of-its-kind in the country and seeks to understand the long-term and multifarious implications of the conventional strategy being used for power generation in India from the point of view of resource availability, climate, ecological, and macro-economic perspectives. The report thus recommends a planned transition to a sustainable energy economy.

The main objective of the conference was to discuss and debate the report on a larger platform, amongst an expert group of people who play a fundamental role in policy making and electricity generation in the country. WWF-India was the conference partner and the event was supported by Shakti Sustainable Energy Foundation, New Delhi. The conference was graced by some prominent dignitaries representing the Planning Commission and other government organisations. Participants at the conference included top-level officials from the government (policy makers and senior government representatives), coal and RE industries, regulators, civil society organisations, international donor agencies, financial institutions, academicians, etc. The participants were of the view that the study would help in aiding policy intervention and planning for a sustainable energy economy. They appreciated the importance and timing of the conference, as both India’s present and future are closely linked to coal. The conference unanimously agreed that it is time to break free and think beyond the coal paradigm by harnessing the power of the wind, sun, and biomass. 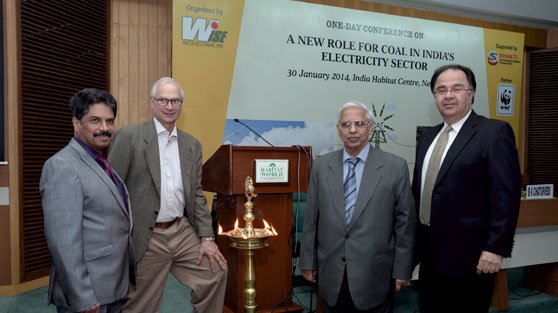 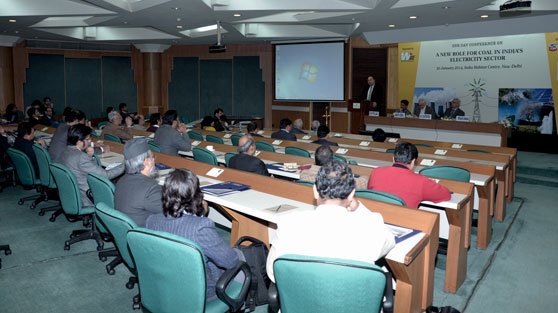 A view of the audience at the conference on ‘A New Role for Coal in India’s Electricity Sector’ held in New Delhi in January 2014.