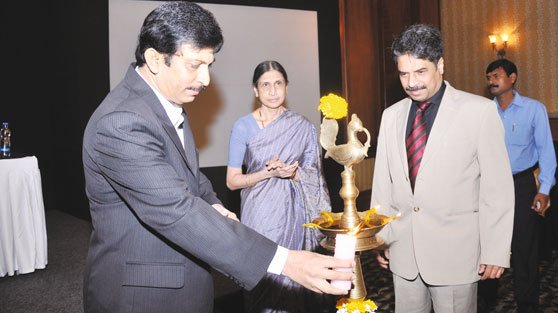 The conference was inaugurated by Shamim Banu, Additional Chief Secretary, Power, Government of Karnataka, and the Guest of Honour was N S Prasanna Kumar, MD, KREDL. The report titled ‘Master Plan for Accelerating Development of Renewable Energy in Karnataka’ prepared by WISE was released in the conference at the hands of Ms Shamim Banu and officially submitted to the Government of Karnataka.
The conference was well represented by people from various government institutions and RE industries and discussed the importance of renewables to achieve energy security in Karnataka and the critical challenges faced by it. Speakers and panelists included eminent persons representing the Government of Karnataka and different renewable energy industries.

N S Prasanna Kumar, MD, KREDL, lighting the ceremonial lamp at the inauguration of the conference on ‘RE for Karnataka’s Development and Energy Security’ held in January 2012. On his right is Shamim Banu, Addl. Chief Secretary (Power), Govt. of Karnataka (Chief Guest), and G M Pillai, Founder DG, WISE. 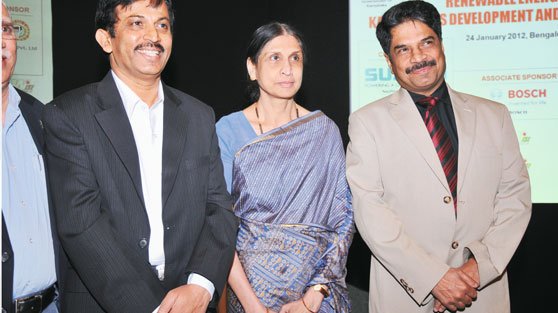