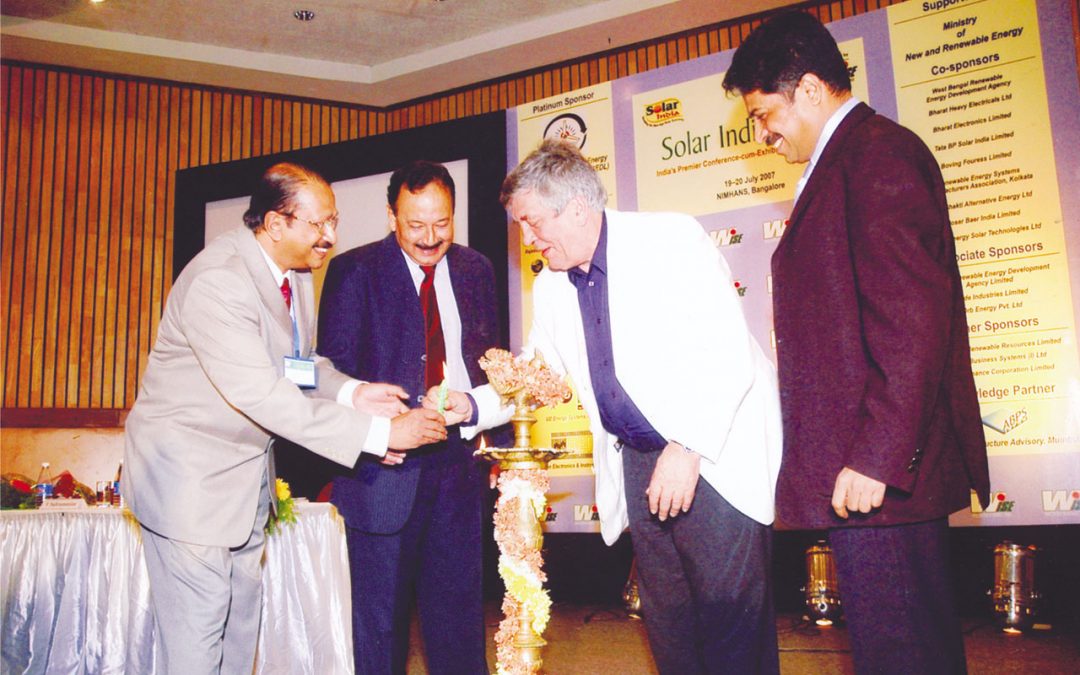 Recognizing the potential of solar energy to become the strategic choice for India, WISE organized a two-day National Conference and Exhibition on solar energy, the first-pf-its-kind, way back in July 2007 at NIMHANS, Bangalore. This was way before the launch of the national solar mission (NSM), at a time when the installed solar PV capacity in the country was miniscule – in the sub-MW range.

The conference was supported by the Ministry of New and Renewable Energy (MNRE), all major state nodal agencies and industry partners. Dr. Hermann Scheer, world-renowned solar expert and President of EUROSOLAR Association was the keynote speaker and V Subramanian, Secretary, Ministry of New and Renewable Energy (MNRE) presided over the inaugural session. The Minister of State for New and Renewable Energy, Govt. of India, Vilas Muttemwar, was the Chief Guest at the valedictory session. The minister launched the conference’s publication ‘Proposed Policy Roadmap for Solar Energy Development in India’. The conference was attended by over 150 delegates and 30 exhibitors from the solar sector including solar equipment manufacturers, investors, financiers, component suppliers, technology consultants, policy makers, regulators and media.

The conference emphasized the need to mainstream solar PV as a strategic energy source and advocated the importance of enabling a policy and regulatory mechanism including measures like RE law, feed-in-tariffs for solar PV, manufacturing incentives, etc. The conference acted as a stepping stone in precipitating significant interest in solar energy and provided the necessary foundation for facilitating future policy actions focused on solar energy in India. 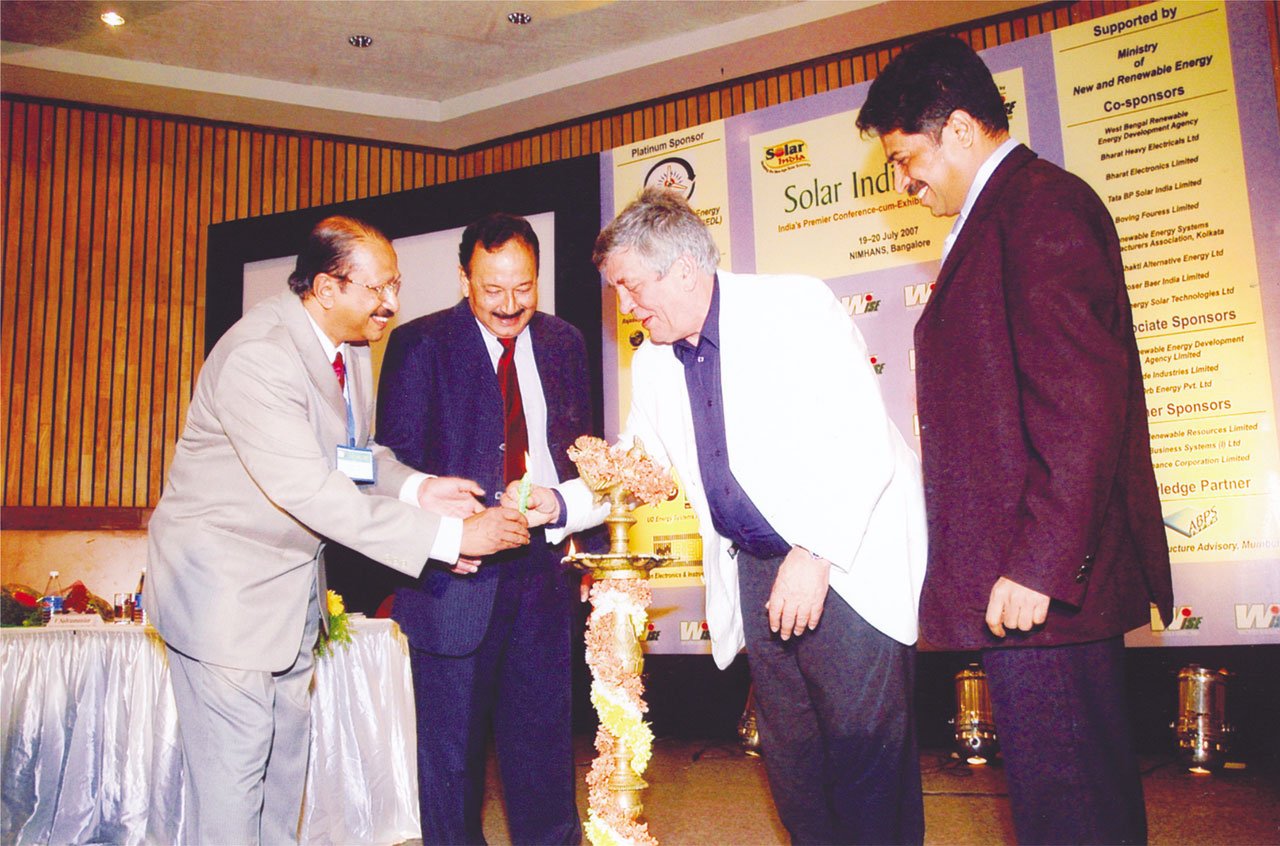 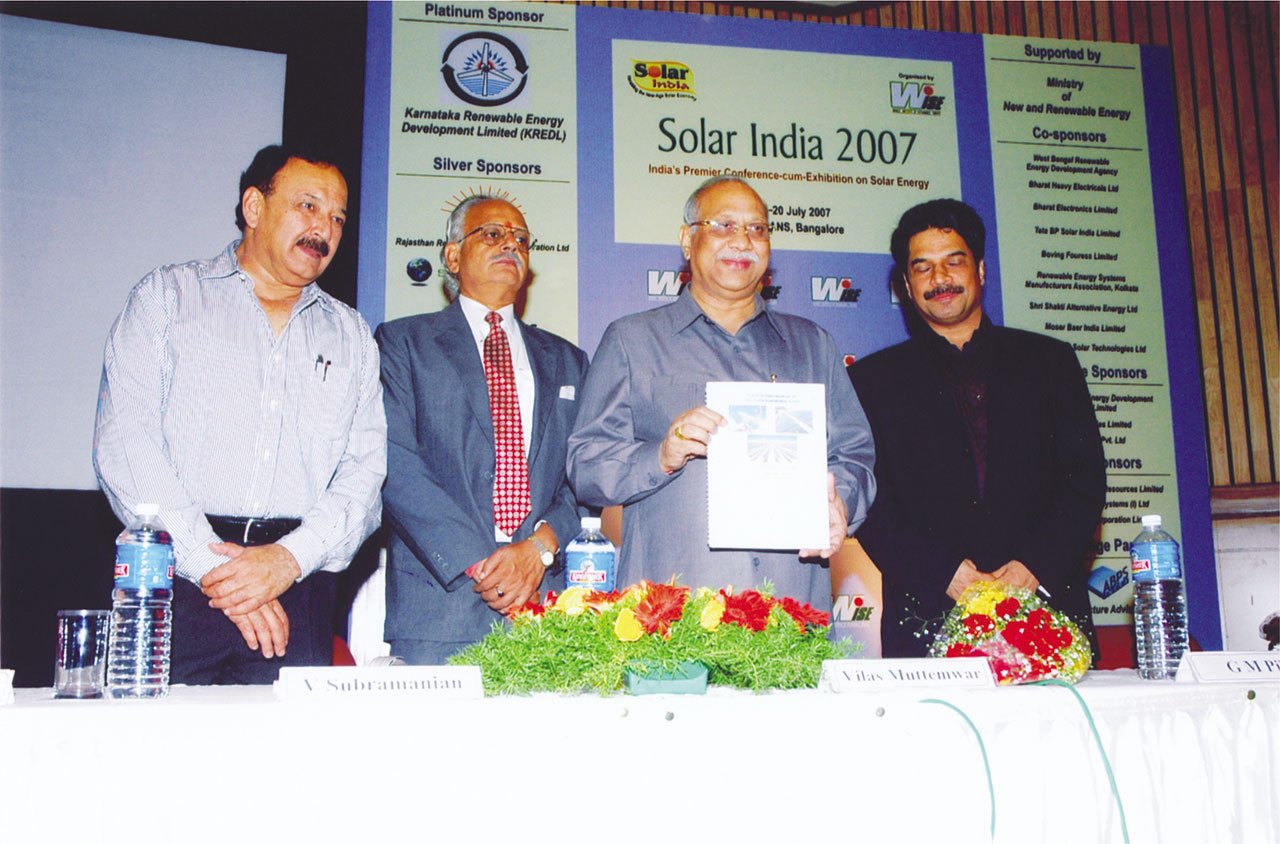 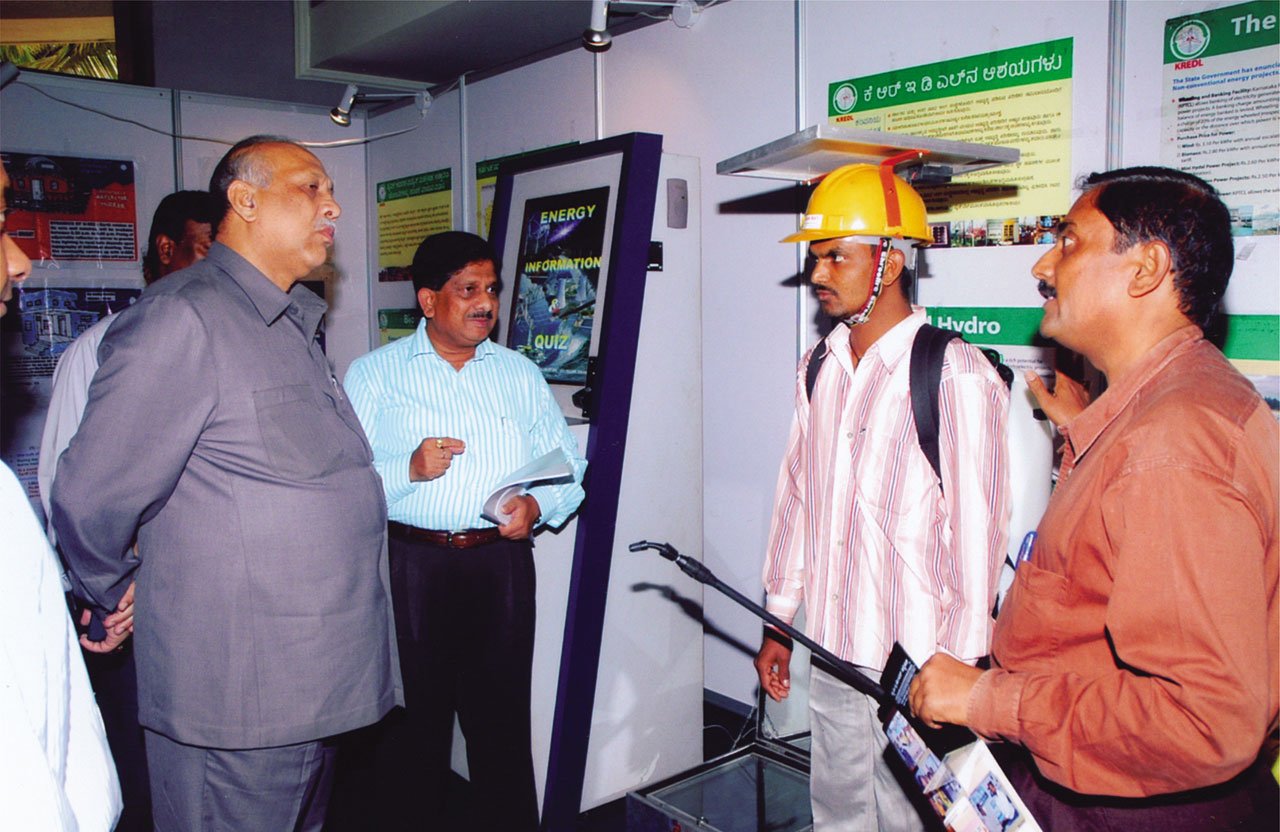 Vilas Muttemwar, Minister of State for New and Renewable Energy, GoI, at the ‘Solar India 2007’ exhibition. Also seen (to his right) is Dr B Shivalingaiah, MD, KREDL. 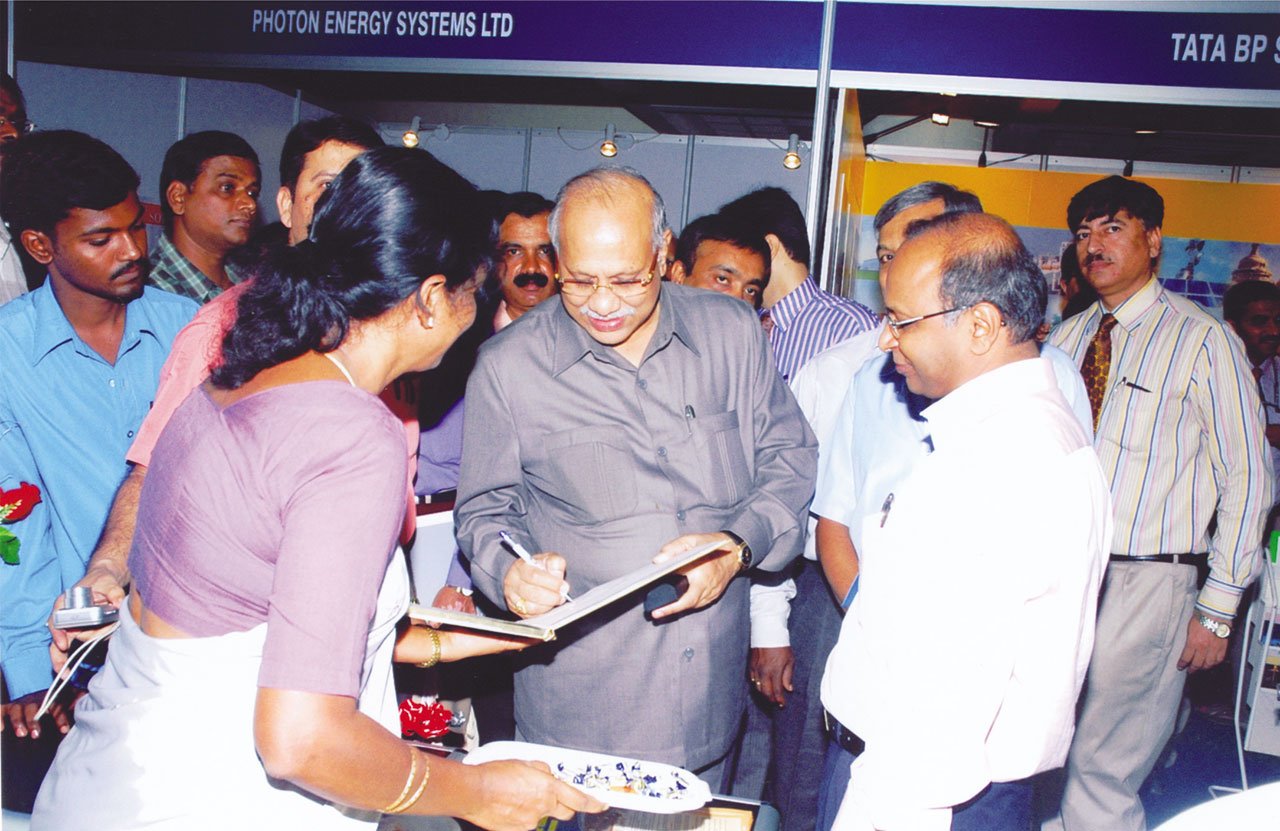 Vilas Muttemwar, Minister of State for New and Renewable Energy, GoI, interacting with participants at the ‘Solar India 2007’ exhibition.