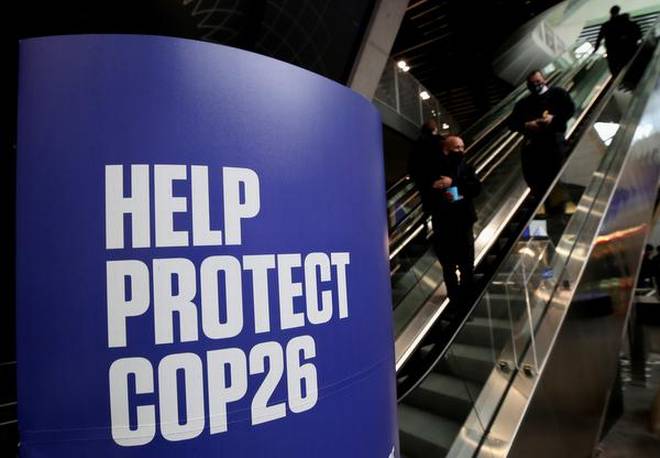 A day ahead of the commencement of the 26th United Nations Conference of Parties (COP) in Glasgow, Scotland, India has officially endorsed a website, made by Indian climate experts, that lists the historical carbon dioxide emissions of developed countries.

The key fact that the database highlights is that it is only fair that developed countries must commit to steeper targets towards curbing emissions than developing countries.

India is the third largest emitter of carbon emissions annually but the sixth largest when historical emissions are considered, and when accounting for the size of its population it is among the lowest per capita emitters. This underlines India’s demands for climate justice being at the heart of negotiations and its reluctance to agree to a fixed time frame to reach net zero, or when — in balance — it will cease to emit greenhouse gases.

India is the only significant emitter that hasn’t committed to a net zero target and, in the run-up to COP26, faced immense global pressure to commit to one.

“The website is intended to debunk the narrative provided by many developed countries, and global non-government organisations that focus attention continually on what developing countries must do, constantly demanding greater commitment and action from them,” says an accompanying press statement from Environment Ministry.

Several officials from the the Ministry, including Environment Minister Bhupender Yadav are in Glasgow to participate in the meeting that is expected to go on till November 12. Prime Minister Narendra Modi will also be addressing the meeting in person along with 120 other heads of state.

“Welcome the scientific initiative, Climate Equity Monitor, (https://climateequitymonitor.in) which went live today. Its focus on equity & climate action from a data and evidence-based perspective will encourage vigorous discussion on the crucial issue and engage experts from all nations,” Mr. Yadav tweeted from his official handle.

The ‘Climate Equity Monitor,’ as the site is called, is aimed at monitoring the performance of Annex-I Parties under the UNFCCC (developed countries) based on the “foundational principles” of the Climate Convention, namely equity and the principle of common but differentiated responsibilities and respective capabilities (CBDR-RC).

The performance and policies of the Non Annex-I Parties (developing countries) will be also provided for comparison, the statement notes, “Existing “tracking” websites on climate policies are based in the global North and routinely do not address the crucial aspects of equity and differentiation. Others websites…bury the key issues in complexities that are not transparently dealt with.”

The website was conceptualised and developed by the Climate Change Group at the M.S. Swaminathan Research Foundation (MSSRF), Chennai, and the Natural Sciences and Engineering department at the National Institute of Advanced Studies (NIAS) Bengaluru, with other independent researchers.

The database lists historical emissions, the amount of carbon dioxide that can be emitted given the aim of keeping it below 2c and 1.5 C and each country’s corresponding fair share, the promises of each country to reduce emissions and the existing trajectory of their emissions.