Climate change to have most affect in 100 districts of THESE states in India: Study 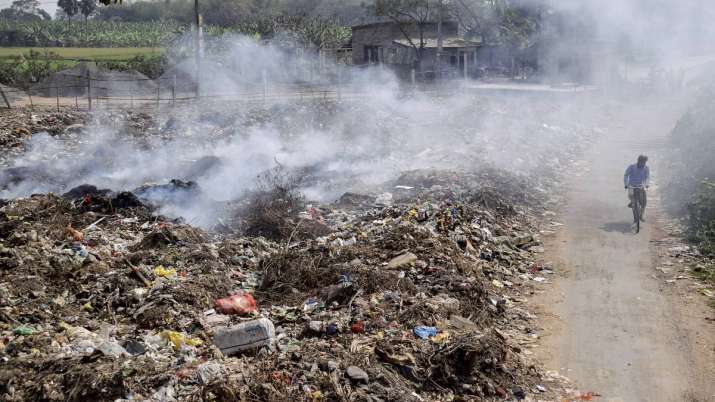 All 612 districts in India are vulnerable to climate change, but 100 districts, mostly in the eastern part of the country, are most vulnerable, a study said.

The study was carried out by the Indian Institute of Science, Bangalore along with IIT Mandi and IIT Guwahati and supported by the Department of Science and Technology.

Eight states in the country, Jharkhand, Mizoram, Odisha, Chattisgarh, Assam, Bihar, Arunachal Pradesh, and West Bengal, all in eastern India, are found to have a higher vulnerability, Akhilesh Gupta, Senior Advisor, and Head, Policy Coordination and Programme Management (PCPM) Division, and a climate change expert at the Department of Science and Technology (DST), underlined at a policy dialogue.

“All 612 districts in India studied are vulnerable to climate change, but there are 100 districts mostly on eastern parts of the country which are most vulnerable as per a vulnerability assessment study carried out by IISc, Bangalore along with IIT Mandi and IIT Guwahati and supported by the Department of Science and Technology,” a statement by the DST said.

Pointing out to an Intergovernmental Panel on Climate Change (IPCC), Gupta said the global temperature which has already increased to 1.1 degrees Celsius above the pre-industrial era level is likely to further increase to 1.5 degrees Celsius in the next two decades.

India too is expected to experience a greater impact of global warming in the time to come and there may be an increase in frequency, severity, and duration of heatwaves. Monsoon may become more erratic, Gupta said.

There may be more frequent droughts and floods. The Indian seas may witness more sea-level rise. There has already been increasing in sea level in the last two decades, he added.

Tropical cyclones may also increase in number. With the increase of carbon dioxide content in the oceans, the seawater may become more acidic, Gupta pointed out at the program organized by the National Institute of Disaster Management (NIDM), Ministry of Home Affairs, and DST in collaboration with Deutsche Gesellschaft fur Internationale Zusammenarbeit (GIZ) GmbH.

“Next two decades are going to be very crucial. IPCC’s working group report gives stark warnings for global climate impacts. The two-degree rise in global temperatures may come earlier than expected. It may have a huge impact on India, especially on agriculture, health, and water security. India is confronted with a challenge of addressing such impacts,” he added.

Maj Gen M K Bindal, Executive Director, NIDM, MHA warned that the danger mark has been reached, rapid access to information is needed to protect lives and livelihood, and the use of science, technology, and innovation (STI) is key to fight climate change problems.