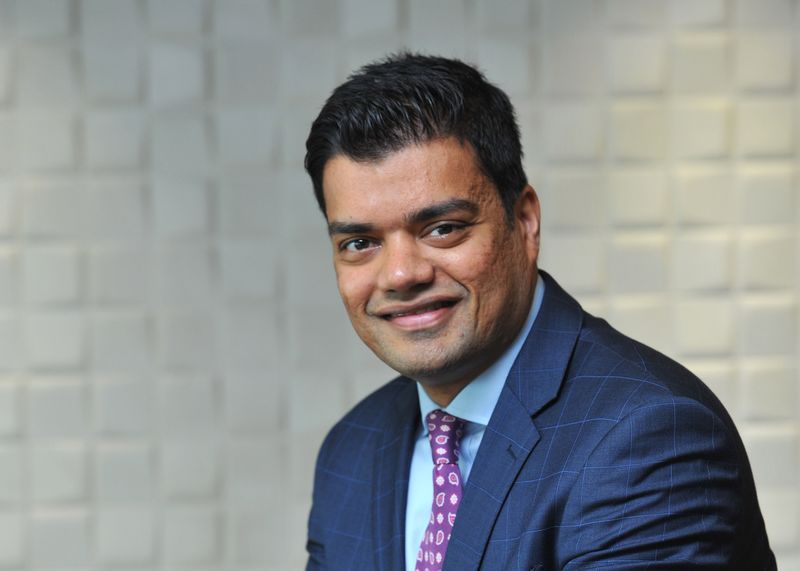 For international investors seeking a piece of India’s renewables boom — and the bankers who sit across the table with them — all roads go through the country’s domestic energy players.

That’s the message from Bank of America Corp.’s Gaurav Singhal, who leads the busiest team in India’s green energy M&A sector in the past 12 months, according to data compiled by Bloomberg. The biggest of the deals saw the U.S. bank advising SoftBank Group Corp. on selling its renewables business in India to Adani Green Energy Ltd. at an enterprise value of $3.5 billion earlier this year.

The green energy arm of local tycoon Gautam Adani’s empire announced the deal in May, following reports that negotiations with the Canada Pension Plan Investment Board had fallen apart.

Adani’s group was a late entrant in the SB Energy deal, though they were aware of it, Singhal said. “The group had many advantages, from being a local player to the fact that some of the SB Energy assets were next door to their own plants.”

The deal helped make India the most active market in the world for renewables M&A in the first six months of 2021 according to BloombergNEF, and Adani and his fellow billionaire, Mukesh Ambani, have unveiled ambitious plans in the sector.

Foreign buyers will undoubtedly continue to compete for assets; Singhal expects more than $150 billion in equity investment into the sector by 2030. Yet most strategic investors from overseas are seeking to back local entrepreneurs, he said.

“Some of the issues of dealing with the federal government can be handled by only the local partners,” he said. “Foreign investors cannot take that call solo.”

Singhal will soon be making that pitch in person. Bank of America is moving its top renewable energy investment banker in India to New York, as it tries to grab a bigger share of what he estimates is the roughly $500 billion needed to meet the country’s green energy targets.

“The decade I spent on this sector, which wasn’t considered hot, initially gave BofA and me a first-mover advantage,” he said.

Wall Street is a long way from Agra, the northern town where two decades ago, Singhal used to have to line up for about two hours every month to pay the bill for electricity – which was frequently interrupted. Like Singhal, who has been based in Mumbai, India’s energy sector has moved on. Coal’s market share fell in 2020, the second year in a row, as wind and solar projects become more cost-efficient and the technology improves.

The Indian green bond market is expanding rapidly this year with a total of seven issues denominated in foreign currency. Sales jumped to an all-time high of $4.1 billion this year to date, data compiled by Bloomberg show. Despite its presence in renewables M&A, Bank of America is a laggard in arranging green bonds from Indian issuers, the data show. The U.S. lender will work on “filling that gap” in the business, Singhal said.

Local regulations in the power sector are still in flux, making it hard for overseas investors to navigate, and several of them have left. Foreign firms will have a hard time achieving scale by taking part in fiercely fought bidding wars on tariffs, Singhal said. He expects overseas institutional players to invest only in larger companies with the prowess to absorb capital and demonstrate growth, which will quicken the consolidation, he said.

Singhal will start at the New York office next month, and will continue to oversee the bank’s renewable deals in India from there.

One area where Singhal wasn’t ahead of the curve? His car, which is still gasoline-powered. When he moves to New York, he’ll go electric, he said.