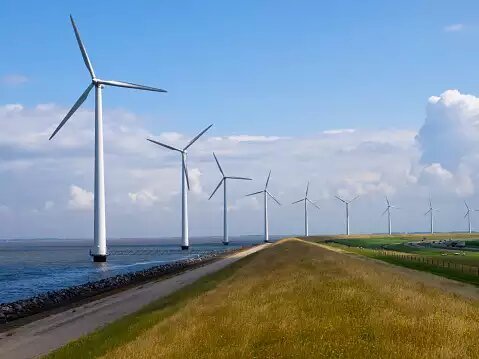 New Delhi: Renewable energy installation in India are falling short of the levels needed and the country is falling short of the (emission) reductions required to limit global warming to 1.5 degree Celsius, according to a report by the Global Wind Energy Council (GWEC).

This is despite the fact the world’s fourth largest energy consumer is on-track to achieve its Nationally Determined Contributions (NDC) target and contributing a fair share of the global effort to limit climate change, the report said.

India has pledged an NDC of 33-35 per cent reduction in carbon emissions intensity of its economy by 2030 compared to 2005 levels, apart from 40 per cent non fossil fuel-based power generation by 2030. The country has set a target of 175 Gigawatt of green energy capacity by December 2022 including 60 GW onshore wind.

According to the report, India has refrained from setting a net zero target so far due to the issue of “climate equity” — referring to its low per capita carbon use as compared to developed nations — and also having ambitious renewables targets already in place. 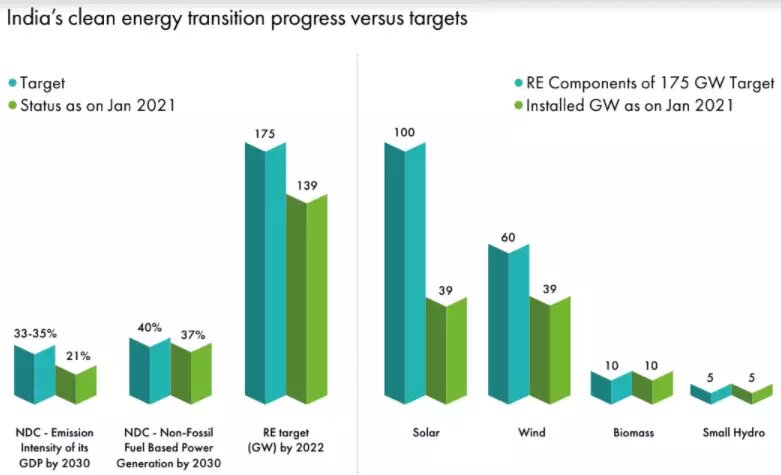 As of February 2021, there was 39 GW of wind capacity installed in India, comprising 10.25 per cent of the power mix. Growth of wind over the next five years will be driven by the expiry of the inter-state transmission (ISTS) charges waiver in 2023, as well as the trend of hybrid tenders combining wind, solar and storage technologies.

The report said India is still on a pathway to poverty eradication and middle-income status but it has pursued an ambitious palette of low-carbon programmes, including liberalisation reforms to the power sector, 24/7 green power, clean cooking and energy efficiency.

Meeting India’s clean energy targets in the absence of a broader carbon neutrality strategy will require urgent and targeted implementation of regulatory reforms. Accelerating wind growth is also in line with the government’s principles of self-reliance and “Make in India” for energy security and supply chain competitiveness.