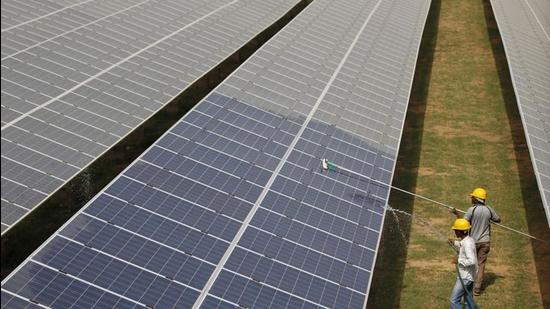 “The new rules would help create an investment-friendly environment in the country,” the power ministry said in a statement on Saturday. The rules are significant because several renewable energy pacts have been stuck in states such as Punjab, Andhra Pradesh, Telangana, Rajasthan and Gujarat over inordinate payment delays and issues in land acquisition and regulatory clearances, a ministry official said.

“The rules will help investors because the cost of solar modules has been at an all-time high since 2019. This reason for the hike in module price is because almost all of them are imported from China, and the manufacturing there has been largely affected as their factories are run on limited days due to a power crisis. So, the ongoing issue of renewable power generators not getting paid on time in India was aggravating the situation and prohibiting growth in the sector,” he said on condition of anonymity. “So now, a formula has been provided to calculate adjustment in the monthly tariff due to the impact of change in law.”