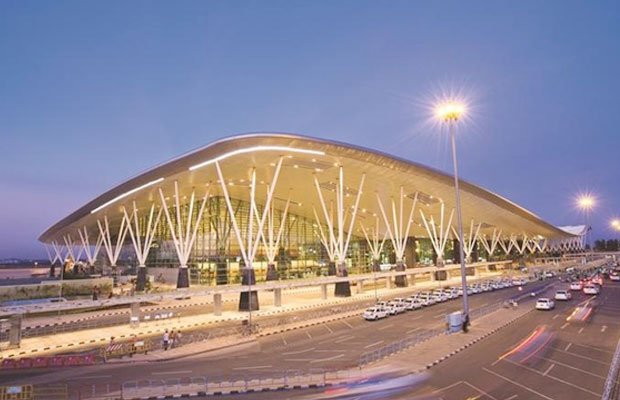 The government is aiming to make Most Indian airports carbon neutral by December 2024 and achieve Net Zero emissions by 2030. Rubina Ali, joint secretary, Ministry of Civil Aviation, recently wrote to the CEOs of the private airports and the Airports Authority of India (AAI) to submit a plan to achieve net zero. Her letter reads, “Airports in India are already at the forefront by adopting various measures to reduce emissions, such as renewable energy development. All airports (must) adopt carbon management plans in their existing operation and ongoing airport expansion. All airport operators to adopt Carbon Mitigation Measures as their milestones with definite time frame,”. Cochin, Delhi, Bangalore and Mumbai airports have successfully taken to renewable energy model motivating the rest of the airports to follow the beaten path.

While renewable energy is the obvious first step for most airports, thanks to the abundant areas they are spread across, other targets like zero water discharge facilities and rainwater harvesting are also a must, which only some are practicing or moving towards now.

Giving a peek into the mind of the aviation minister, another senior official from the ministry has been quoted as saying, “The aviation minister has special focus on green airports, and we will be able to achieve that. The airports have now submitted the plan and we will keep monitoring it. While many airports have already working towards environment friendly measures, we want to ensure everyone does,”.

GMR-led Delhi International Airport Limited has got the distinction of being Asia Pacific’s first Level 4+ (Transition) accredited airport under ACI’s airport carbon accreditation programme. Besides, Chhatrapati Shivaji Maharaj International Airport (CSMIA) had been bestowed the Energy Efficient Unit certification by the Confederation of India Industry (CII) for a host of sustainable and green initiatives. Kochi airport of course has been the pioneer with its solar power additions that have made it completely energy indepoendent. Among the several initiatives by the Airports Authority of India (AAI) are installation of solar power plants under net metering/captive mode at various airports for generation and self-consumption of green and renewable energy. Besides, a few airports procure green energy through open access. Covering nearly 3.9 million square feet within the IGI Airport premises, around 40,000 air purifying plants have been put inside the three-terminal buildings of the Delhi airport to clean the indoor air. DIAL has also taken to the “single-use plastic-free airport”. CSMIA has also taken several steps during the pandemic to optimize energy consumption, resulting in energy usage to 35%. Cochin International Airport Ltd (CIAL), fully powered by solar energy, has achieved a cumulative production volume of 25 crore units; offsetting 1,60,000 metric tons of carbon emission.

Bangalore International Airport Limited (BIAL), operator of Kempegowda International Airport, Bengaluru, consumes nearly 100% renewable electricity (70 Mn units), leading to largely Zero Scope 2 emissions (>50000 MT of carbon emissions reduction). The public transport sector, be it aviation, railways and highways, needs to go green with a vengeance, as they have all access to crucial land and other structures where solar power will thrive. India needs to get way more ambitious in this regards, and setting a clear target for 2025 will not be a bad idea at all.