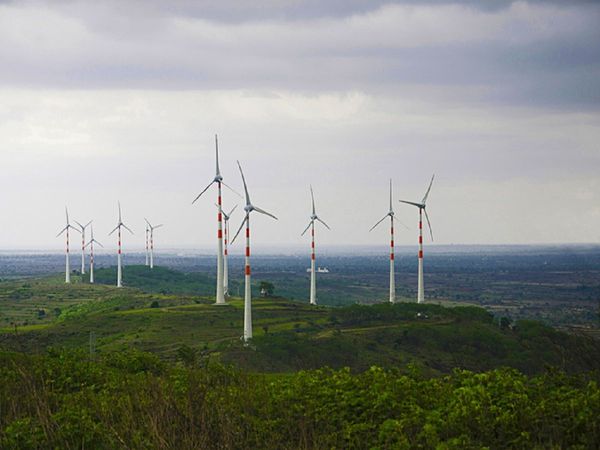 Gujarat is making rapid strides in the (RE) renewable energy sector, with a slew of mega green energy projects enlisted until 2030, given that policy initiatives and strong investor support remain throughout.

Ahmedabad: The renewable energy (RE) sector is witnessing rapid strides on behalf of Gujarat that has entered with an array of mega green energy projects. These projects include issues related to electricity generation and equipment manufacturing. Gujarat’s RE power generation capacity, backed by policy initiatives and strong investor support, is expected to jump to 38,466 MW by 2025 and 61,466 MW by 2030, as per estimates by the state government.

“In the next 3-5 years, Gujarat will certainly be a global hub for the renewable energy sector. Our installed capacity to generate power from renewable energy sources is expected to surge to over 38,000 MW by 2025 and over 61,000 MW by 2030. These estimates are based on project plans that have already been finalized. The estimates are likely to be revised soon given the influx of fresh proposals.” She added, “with the state and central government’s policies and positive approach, Gujarat’s dependency on non-renewable energy will be negligible or zero in the coming years,” he further noted.

Several mega projects are being implemented across the state to boost electricity generation from renewable energy sources. The foundation stone for a 30,000 MW hybrid (solar and wind) renewable energy park in Kutch, claimed to be the world’s largest of its kind, was laid by Prime Minister Narendra Modi.

The park, spread across 72,600 hectares, is being set up near the Indo-Pak border, around 90 km from Khavda. The project is estimated to attract a Rs 1.5 lakh crore investment.

Four power distribution companies, affiliated with the state-run Gujarat Urja Vikas Nigam Ltd (GUVNL), recently signed power-purchase agreements (PPAs) for 3,979 small-scale solar power projects (0.5-4 MW) with a total generation capacity of 2,500 MW. Expected to be commissioned within the next 18 months, these projects will bring an investment worth Rs 10,000 crore in sectors associated with green energy.

Work-related to the development of solar energy parks at Dholera near Ahmedabad, and Raghanesda and Harshad in Banaskantha. Gujarat, the top state in solar rooftop installations, is also working on a slew of other solar and wind energy projects auctioned by the Solar Energy Corporation of India.

Over the next three years, RIL will invest Rs 60,000 crore in these initiatives. It will also invest another Rs 15,000 crores to provide infrastructure and utilities for manufacturing ancillary material and equipment for supporting these giga factories. By 2030, at least 100 GW of solar energy in India will be established and enabled by Reliance.

Gujarat’s average demand for power hovers around 16,500 MW and renewable power helps meet at least one-third of this requirement. By 2030, its average power demand is estimated to rise to 28,500 MW, and the state’s RE power generation capacity will be more than double the average power requirement.

Goldi Solar, a solar panel manufacturer based in Surat, is planning to increase its manufacturing capacity from 500 MW to 2,500 MW in phases.