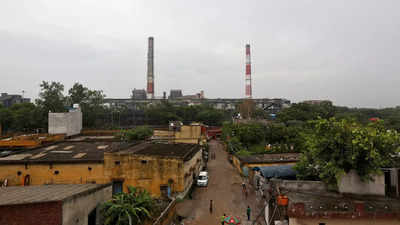 NEW DELHI: India may not be in a position to stop the use of new coal-based power generation for the next couple of decades like many other nations who have signed “no new coal power compact”, but the country’s strong renewable push may show results at sub-national levels. This as it encourages states such as Gujarat, Maharashtra and Bihar, besides the Union territory of Ladakh to work towards a carbon-neutral future in due course.

A discussion organised by the Climate Group on the sidelines of the annual New York Climate Week showcased progressive climate actions being undertaken by these states and the UT of Ladakh as they strategically shift towards increased use of renewable energy.

As discussed, Gujarat is on path to significantly reduce emissions as it has decided to rely on renewable energy (RE) alone to meet all future power needs. New analysis from the Gujarat Energy Research and Management Institute (GERMI) and Climate Trends shows that the share of coal power generation in the state will come down to 16 per cent by 2030, from the current 63 per cent as it aligns with the 450GW revised national renewable energy target.

The state is also setting up the world’s largest grid-scale battery storage in the Kutch region and is one of India’s largest markets for electric two-wheelers.

Similarly, Bihar has started working on developing a low carbon pathway by 2040 while Ladakh is working towards 10 GW of RE capacity with solar and wind power, and it is setting up a 50MWh battery storage capacity — the country’s largest so far.

Amid a global momentum to end new coal-fired power generation, a number of countries, including France, Germany, Denmark, Chile, Sri Lanka and the UK on Friday launched “no new coal power compact” on the sidelines of the United Nations General Assembly in New York.

Signatories of the compact will have to immediately cease permitting and end new construction of unabated coal-fired power generation projects by the end of the year. The initiative is aimed at encouraging all other countries to commit to halt construction of new coal-fired power plants by the upcoming 26 session of the UN Climate Conference (COP26) to keep the 1.5-degree-Celsius goal under Paris Agreement within reach and avoid the catastrophic impacts of climate change.

The announcement on the compact was made at the UN High Level Dialogue on Energy Summit, which is secretary-general Antonio Guterres-led forum. It recognises the critical role of energy in advancing climate goals, as well as development priorities including Covid-19 recovery processes.