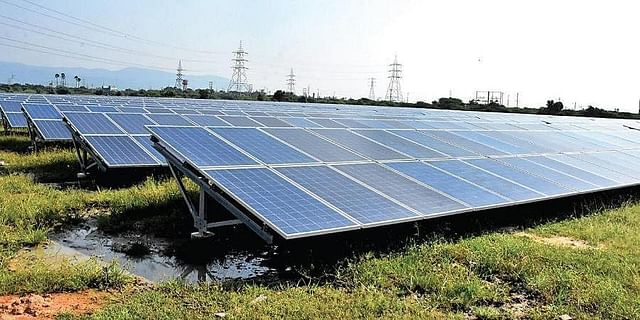 The northern state has overtaken Karnataka to be at the top in the country with an installed capacity of 7737.95 MW of solar power.

JAIPUR: Rajasthan has become the leader in the country in the solar energy sector.

In a recent report of the Ministry of New and Renewable Energy (MNRE), Rajasthan has overtaken Karnataka to be at the top in the country with an installed capacity of 7737.95 MW of solar power. With a 7469 MW capacity, Karnataka ranks second and with a 5708 MW capacity, Gujarat is at the third position.

In Rajasthan, the rays of the sun are available in sufficient quantity for 325 days out of 365 days, which is the best in the country for solar energy.  Here, 150 lakh units of electricity are being produced daily from the wind power plant, and 225 lakh units from the solar power plant.

Officials claim that the number one spot in solar energy could be possible due to the changes made by the Rajasthan government under the new solar energy policy of 2019. Apart from this, special provisions were made for this sector in the Rajasthan Investment Promotion Scheme-2019 (RIPS) which revolutionized the field of solar energy.

New solar power capacity of 2348.47 MG has been installed in Rajasthan only in the last 8 months and during this period, a record investment of 10,000 crores has been made, a record in the solar energy sector.  Rajasthan has recorded unprecedented progress in all areas of solar energy including ground mount, rooftop, and off-grid in the year 2021. A target of 30 GW of solar power generation has been set to be achieved by the year 2024-25.

Officials of the Renewable Energy Corporation claim that the way the work is being done in the state, now Rajasthan is likely to remain on top for many years. Solar parks are being developed continuously in the state to take more electricity from the sun and the target is to have a capacity of 30,000 MW by the year 2030 as mentioned in the new solar policy.

In a nutshell, the focus in Rajasthan will be on 200 GW solar energy capacity, 1.25 lakh hectares of land available and 70 thousand MW capacity plants can be set up. No wonder, many big companies have also reached the state which includes Adani Green Energy – 9700 MW (Solar & Hybrid), Renew Power-  10 thousand MW (solar), JSW – 10 thousand MW (solar and hybrid), and Greenko Energy – 4500 MW (pumped storage).

The solar installed capacity of states (Figures in MW)