Study shows why India should increase renewable energy target of 2030 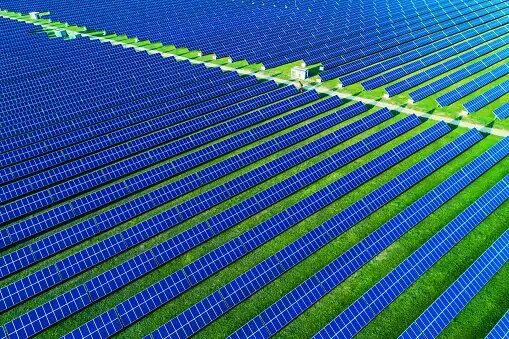 New Delhi: Researchers at UC Santa Barbara have just released a study that demonstrates why India should double down on renewables.

The study examines electricity and carbon mitigation costs associated with achieving aggressive renewable energy targets in India’s electricity grid in 2030, and finds that wind-majority or balanced wind-solar targets have the most cost-effective potential for power in India.

Researcher Ranjit Deshmukh, and co-authors Duncan Callaway and Amol Phadke, reveal in a paper published in the Proceedings of the National Academy of Sciences that building significant numbers of wind and solar plants (600 GW) will reduce how often fossil fuel power plants must run.

This will hold India’s 2030 electricity emissions at its 2018 level, at costs comparable to a fossil fuel-dominated grid while nearly doubling the supply of electricity.

According to the Council on Energy, Environment and Water (CEEW), India would need to generate at least 83 per cent of its electricity from (non-hydropower) renewable energy sources in order to reach net-zero by 2050.

However, mitigating carbon emissions is only one concern when it comes to developing countries like India.

“Most of these countries have low historical carbon emissions compared to more industrialized countries,” said Deshmukh, an assistant professor in the Environmental Studies Program who leads the Clean Energy Transformation Lab.

“So, the approach we take is that if renewable energy makes economic sense, then those countries should deploy more of it.”

Because the costs of wind and solar, as well as battery storage, are dropping so rapidly, Deshmukh explained, it’s actually cost-effective to install these technologies instead of conventional fossil fuel technologies, like coal and natural gas, regardless of environmental considerations.

Renewable energy has become cheaper than conventional energy sources simply by avoiding the cost of fuel that would otherwise need to be mined or, in the case of natural gas, imported to generate the same electricity.

Based on his simulation of a few hundred scenarios, Deshmukh and his colleagues contend that India could increase its target to 600 GW of renewable capacity by 2030 and increase the cost to its consumers by only a small amount — or in many cases actually decrease the cost.

Batteries are becoming a cost-effective tool for smoothing differences between energy supply and demand. They can store clean energy for times of peak demand, averting the need to call on conventional power plants, especially the expensive ones that will be operated infrequently.

Without this ability to store and shift energy, renewables may not be able to prevent the need for building new coal and natural gas power plants if India hopes to meet peak demand.

Fortunately, prices are already becoming so low that it will soon be less expensive to install batteries to store energy when demand is low compared to increasing power production when demand is high.

This will shift economic factors even more toward renewable energy.