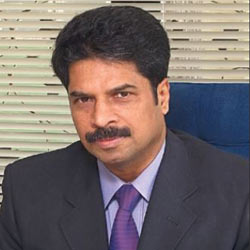 The World Institute of Sustainable Energy (WISE) is today considered a pioneering institution in the field of renewable energy and sustainable development. The name ‘WISE’ was born from my decades of reading and writing in the 1980s and 90s, on an evolving field (then) called sustainable development. WISE’s establishment thus was not by accident. It was a result of my already established interest in the field and the felt need to work for the development of renewable energy in India.

I also gained first-hand knowledge of the obstacles facing the nascent renewable energy sector during my five-year tenure as the Director General of the Maharashtra Energy Development Agency (MEDA), the state nodal agency for renewable energy, during the establishment of (about) 450 MW of wind power projects and numerous other RE projects in Maharashtra. There was significant opposition facing the wind sector then, with people attributing reduction in rainfall and increased bird mortalities to the deployment of wind turbines.

But this did not in any way dampen my conviction that renewable energy held the key to India’s future energy security. Early movers should be prepared to weather the storms of opposition and doubts that cross their path, especially those emanating from a sea of misinformation and entrenched perceptions. It was thus imperative to work against these odds and create a conducive and favourable atmosphere that would dispel opposition, spur sustainable innovation, and lead the way to a new-age and clean energy, sustainable future.

The realization of that need and possibility was the seed that I nurtured and which resulted in WISE. The objectives we set for ourselves were: gaining in-depth knowledge of the sector through research, spreading the knowledge through mass media, trainings and conferences, creating a conducive policy and regulatory environment for mainstreaming renewables, and enhancing knowledge and capacities of governments (national and international) and the industry. Two key activities: creation of an in-house specialist library and publication of a bi-monthly magazine ‘Green Energy’ (exclusively devoted to spreading knowledge and awareness on sustainability) were taken up on priority.

“ The challenges we face are truly integrated and complex. Solutions will require a new generation of integrated thinkers and doers that cuts across the social and natural sciences, advancing novel frontiers of knowledge in economics, engineering, medicine, biology, political science and theology, adapted to our new situation, humanity in the Anthropocene.”

Our first project came from the Mumbai Metropolitan Region Development Authority (MMRDA). It was a small project for providing knowledge support for establishing a wind-solar hybrid project in the Dharavi suburb of Mumbai. And finally the ball started rolling. We started receiving projects in the areas of policy, regulation and capacity building from international donors, government and the industry. As our work grew, so did our team of technical and economic experts.

We received a lot of support and assistance from the Ministry of New and Renewable Energy (MNRE) for several innovative projects, including a nation-wide awareness building program for the print media on sustainable technologies and the futuristic need for RE development way back in 2005. Under the program, we trained around 400 journalists over a period of one year.

To enable policy, encourage technological advancements, and facilitate investments in the RE sector, we also conceptualized and organized a series of technology (wind power, solar power, waste-to-energy) and topical (climate change, RE regulation) conferences and exhibitions, (the first-of-their-kind) in India. At a time when the solar market in India had not yet taken off and the National Solar Mission was yet to be announced, we envisioned its futuristic potential and held a very successful ‘Solar India’ event in Bangalore (way back in 2007). This was followed by a series of conferences and exhibitions on wind power (Wind India series), which brought together significant national and international participation, resulting in shaping the policy and regulatory landscape for wind in India.

“ Taking part in the creation of a sustainable society will be an extraordinarily satisfying experience, bringing a sense of excitement…in effect, we have embarked on a shared adventure, the building of a society that has the potential to be an enduring one. ”
– Lester R. Brown
‘Building a Sustainable Society’

Mediating public policy has always been a key priority for WISE. One of our earliest initiatives was advocacy for a Renewable Energy law. In early 2005, we constituted a committee of experts to draft a model RE law for the country. The effort received nationwide support, including from some top-ranking judicial experts and policy makers. Many seminars and events were held in different regions of the country for its advocacy. The draft was submitted to the government, but unfortunately, could not be adopted at that point in time.

Around 2007/08, the environment for RE in the country began seeing positive change. Renewables were now moving from the periphery into the mainstream. By 2008, India had announced the National Action Plan on Climate Change. We in WISE felt vindicated and were enthused to work with continued commitment.

By 2012, we had trained over 4000 professionals from the RE industry and government. In 2012, the prices of photovoltaics began to fall, opening up the possibility of large scale development of solar energy in India. Our 2007 ‘Solar India’ optimism was fructifying. We now had four specialist technical centres focused on Wind Power, Solar Power, Renewable Regulation, Policy and Sustainability Research, besides Training, and Communications and Outreach. In 2017, post the Paris agreement and announcement of the sustainable development goals, we introduced two new specialist centres in WISE: Climate and Sustainability which replaced our Centre for Policy and Sustainability Research (with more emphasis on climate mitigation and adaptation) and Energy Efficiency.

“ In these past seventeen years, WISE has worked extensively with the central and 14 state governments, multilateral and bilateral funding agencies, national and international donors, besides collaborating at the international level with the governments of UK, the European Union, Australia, Lao PDR, Indonesia, Philippines, Bhutan, different divisions of the United Nations (UNESCAP, UNESCWA), and the Asian and Pacific Centre for Transfer of Technology (APCTT), to strengthen capacities of member states and countries in renewable energy and energy access. ”

Looking back, there are enough reasons to be satisfied with our contributions in mainstreaming renewable energy in India. And looking forward, we hope to continue our efforts in supporting national and international commitments in climate and energy with even more enthusiasm and dedication. And we hope to do this by forging stronger partnerships and collaborations along the way, as we firmly believe (like we did in the past), that working collectively towards meeting a common and shared vision, that of a low-carbon, sustainable future, is vital in converting it into reality.