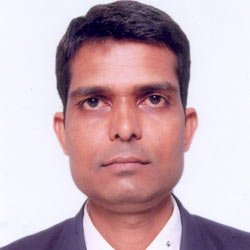 Surendra brings with him over 23 years of progressive and hard core experience in the power sector. He is well-versed with central/state level policy and regulation pertaining to electricity (generation, transmission and distribution), renewable energy and distributed generation. He is well conversant with the techno-economics of grid-connected RE technologies as well as waste heat recovery based co-generation projects. As the Project Lead, he has contributed to more than 55+ core policy and regulatory research and advisory studies. Surendra has extensive experience working with central and state governments, namely the Ministry of New and Renewable Energy, state nodal agencies, various state electricity regulatory commissions, and power utilities.

He played a key role in preparing sustainable energy strategy reports for the Asia-pacific countries of Laos, Indonesia, and the Philippines, under a study commissioned by UN-ESCAP, and was responsible for designing and developing a comprehensive policy and regulatory framework for the state of Odisha, thus accelerating the development of renewables in the state. Surendra is also instrumental in introducing the first project-specific tariff order for municipal solid waste projects in Maharashtra. In addition, he led the study titled “Achievement of 12% green electricity by 2017” which provided critical inputs to policy makers on likely RE capacity addition scenarios to achieve the NAPCC. These inputs were officially accepted by the Government of India for inclusion in the (then) five-year targets. In recent times, Surendra provided valuable technical support to the Dholera Industrial City Corporation Ltd in conducting techno-economic feasibility studies for development of a solar park, which is now emerging as Asia’s largest solar park. He also contributed to preparing the ‘Handbook on Best Practices’ for successful deployment of grid-connected renewable energy and co-generation in India, published by the United States Energy Association (USEA).

Surendra was a key resource person for a series of short-term training programmes under USAID’s Distribution, Reform, Upgrades and Management (DRUM) programme on regulatory and policy framework for market development of renewables and was responsible for training around 4000+ RE professionals from across the country.

He has undergone special training on operation and maintenance of small hydro power projects at IN-SHP Centre, Hangzau, China in 2005. Prior to joining WISE, Surendra worked in the Maharashtra Energy Development Agency (MEDA). During his tenure in MEDA, he gained field level experience in implementing RE power projects in Maharashtra and was involved in site selection, wind resource analysis, and tender preparation / evaluation of tenders for MEDA’s three demonstration wind power projects. He was also designated as nodal officer for regulatory work and was instrumental in introducing the first RPS order in India. He provided key inputs to the Energy Department, Government of Maharashtra, for drafting small hydro and biofuel policies as part of the Integrated RE Policy of Maharashtra.

Surendra holds a Bachelor’s degree in Civil Engineering and a Masters degree in technology (M.Tech) from IIT, Roorkee.

Surendra opines that “henceforth, the energy generation and consumption pattern in developing economies like India shall be driven by three powerful trends: the arrival of increasingly affordable distributed power technologies, decarbonization of the electricity network (with increased share of RE), and emergence of digital technologies to control power network operations.” He believes that “creating enabling policy and regulatory framework in time would be crucial in leading India towards a sustainable future.”